Malta, Malta is a little island located in the Mediterranean sea. The population of Malta is 436947 people.

The first day in Malta my poppy was coming to join us on our trip, his name is Wayne. We went back home in a taxi, the silly thing was you had to pay inside to get a taxi. Then poppy, mum and I got home to get ready to go swimming.

rocks and there was this nice big rock pool, that had deep ends and shallow ends. Me and Zeki were trying to catch crabs, shrimp and fish.

After that Zeki and Jem went into the deep end outside of the pool thing, the cool thing was you just had to go on the later and jump off and it’s more than 5 meters deep i didn’t want to go in there but they eventually made me for less than 5 seconds.

After a long day of swimming we went to a restaurant called Surf Side it had 3 levels and the bottom level led to the beach were we went swimming. The kids menu came with a free toy, i got a Oppan gangnam style toy that lights ups and sings Oppan gangnam.

On our second day we went on a bus trip all around Malta. Two of the three things that we wanted to do were closed they were the Hypogeum and the blue grotto the only thing that was open was Dhar Galam, which was  a mini museum it even had a cave. i think we all hated it, and we were never going on one of those again.

The first thing in the morning the parents told us we had to get ready to go on a bus trip AGAIN!!!!!!!!!!!

On our second bus trip, first we went to the Mdina. In Mdina we saw a red Ferrari parked at a petrol station. While we were in Mdina went on a horse carriage ride all around Mdina.

After the carriage ride we went to a torture dungeon thing, where it showed us all of the olden day ways that they tortured people. I recon the worst type of torture was getting stretched  on a roll of spikes. They were chained up and their arms and legs were pulled from each end. Some of the torture went too far, when they were executed. I think it shouldn’t have been in there, because being executed is not being tortured.

After Mdina we went to the Catacombs in Rabat. The Catacombs were underground tombs (graves), which we explored.

After Rabat we went to Golden Bay Beach. They called it Golden Bay Beach, because the sand looked golden. Zeki and I threw around a ball while Chloe was snorkelling. My swimmers fell out of my bag, so I had to swim in my undies.

Today were going to the blue lagoon!!!!!! The blue lagoon is a logoon in between two islands, they call it the blue logon, because it is really light blue and really clear. Before we went swimming Zeki, Chloe, Jem and I went on a speed boat ride to see all of the caves, when we were finished it looked like we just went swimming.

After that we went snorkelling and saw fish bigger than a meter. Chloe Zeki and Jem all swam out to the other island while mum and i were playing cards. On the way back from the blue logon we stopped at another place to jump of the ship and to go snorkelling.

Malta was a really cool place now that i’m in Cyprus theirs only a week and a half until i’m back. 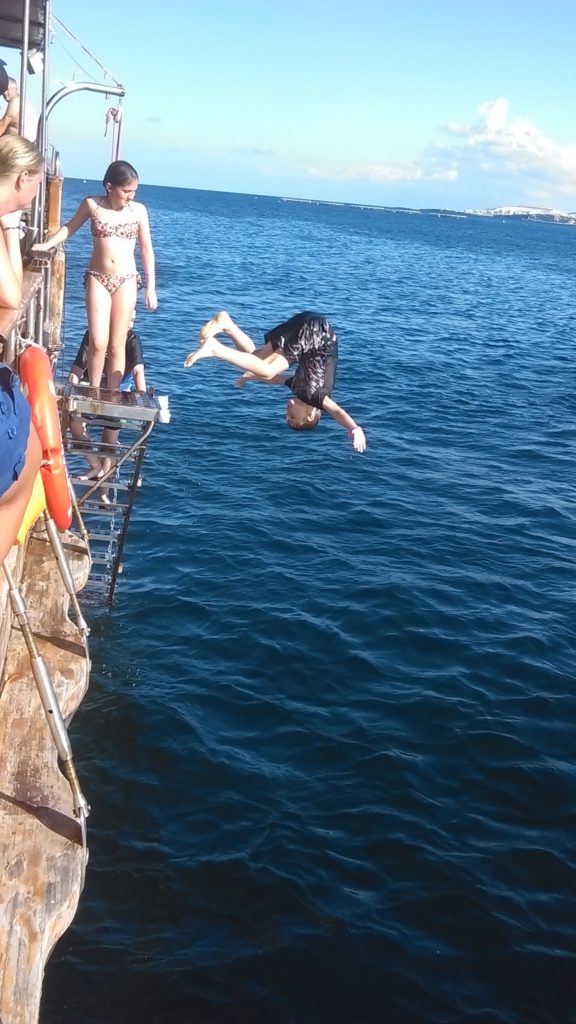 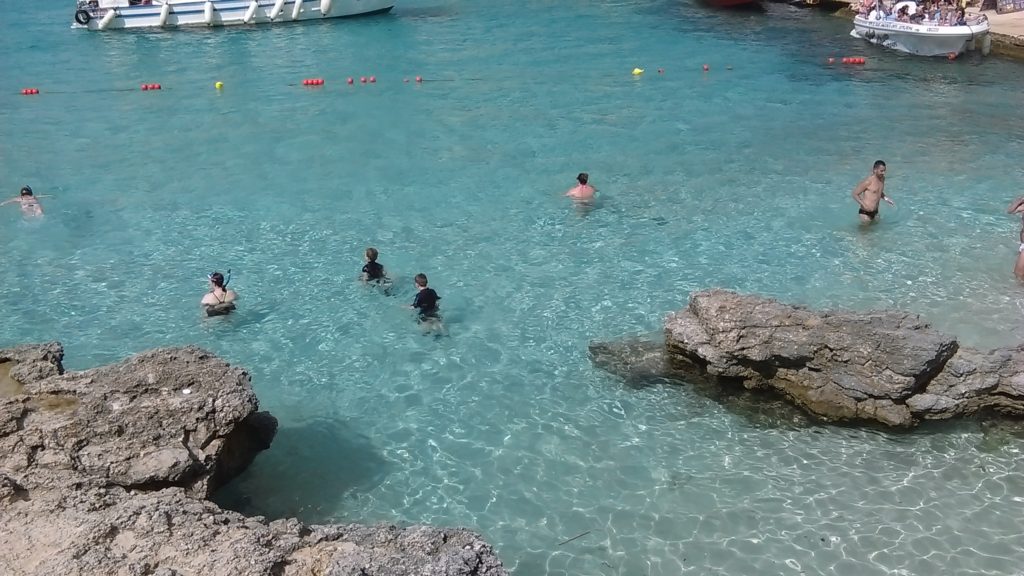 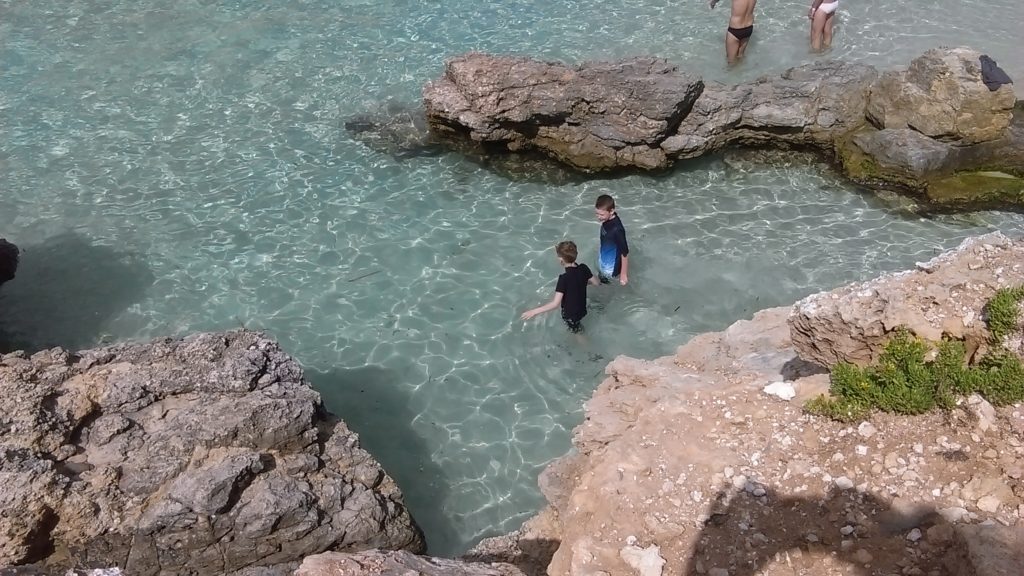 More of the Blue Lagoon 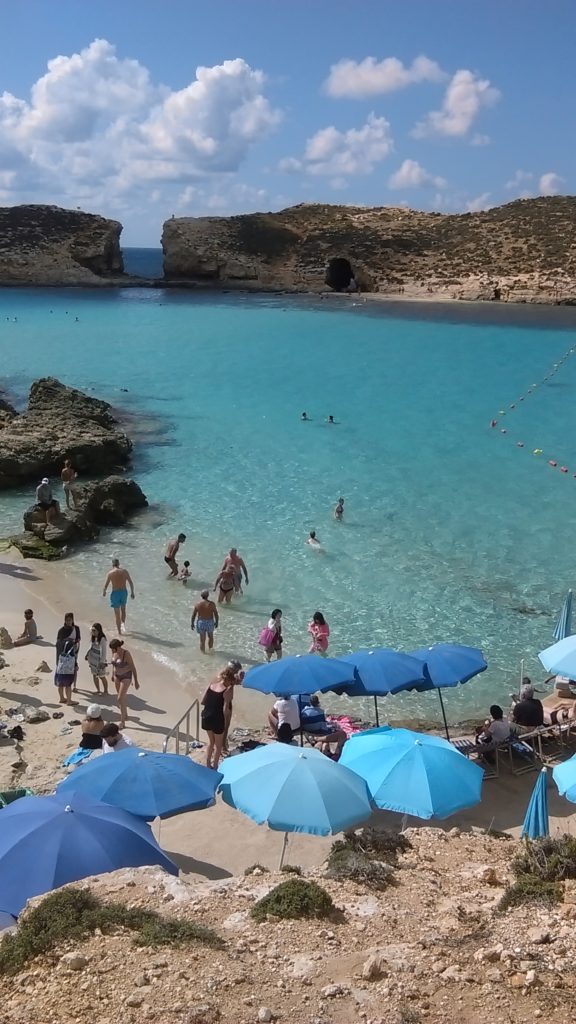 Even more of the Blue Lagoon 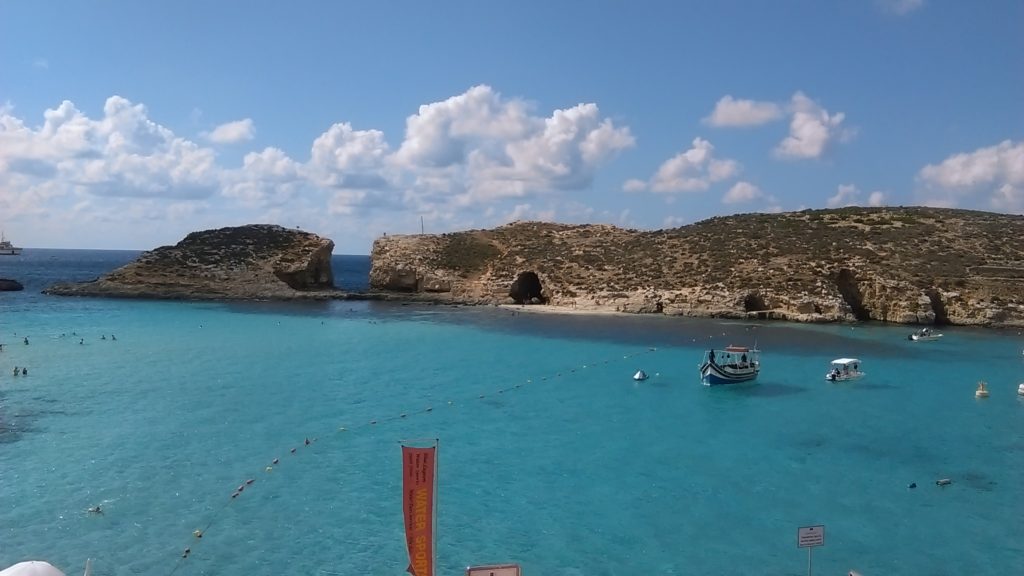 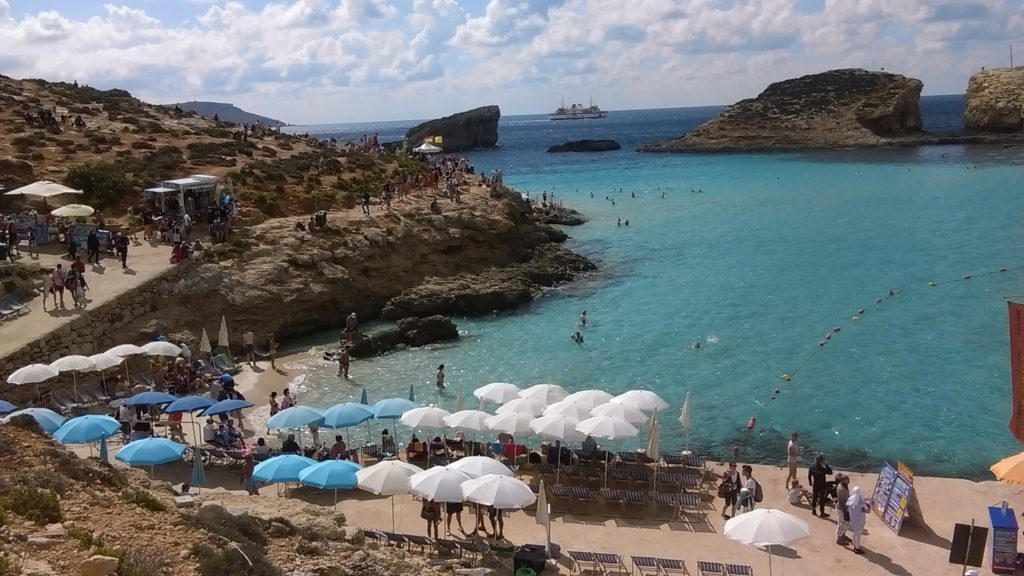 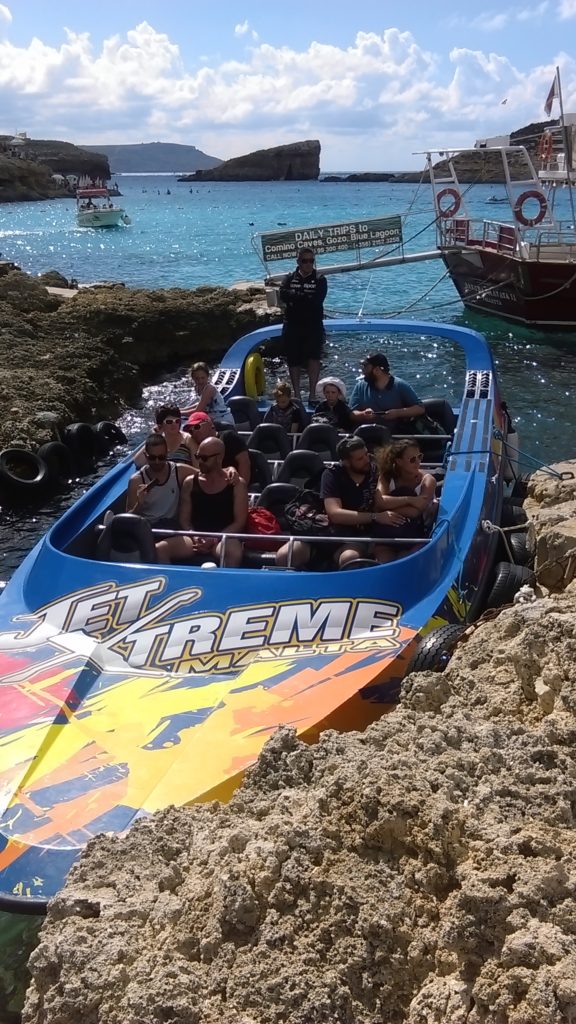 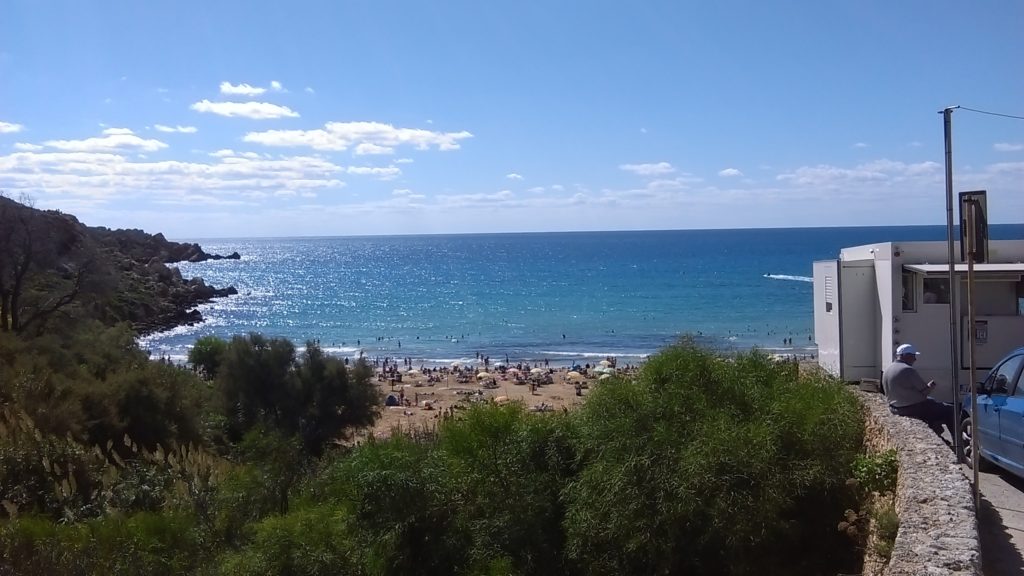 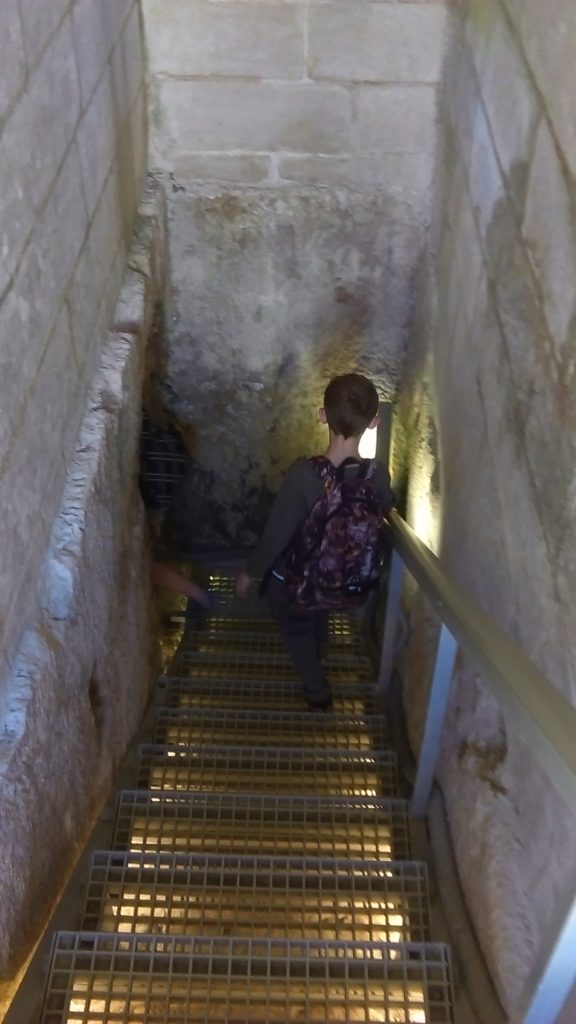 Me going into a Catacomb at Rabat in Malta 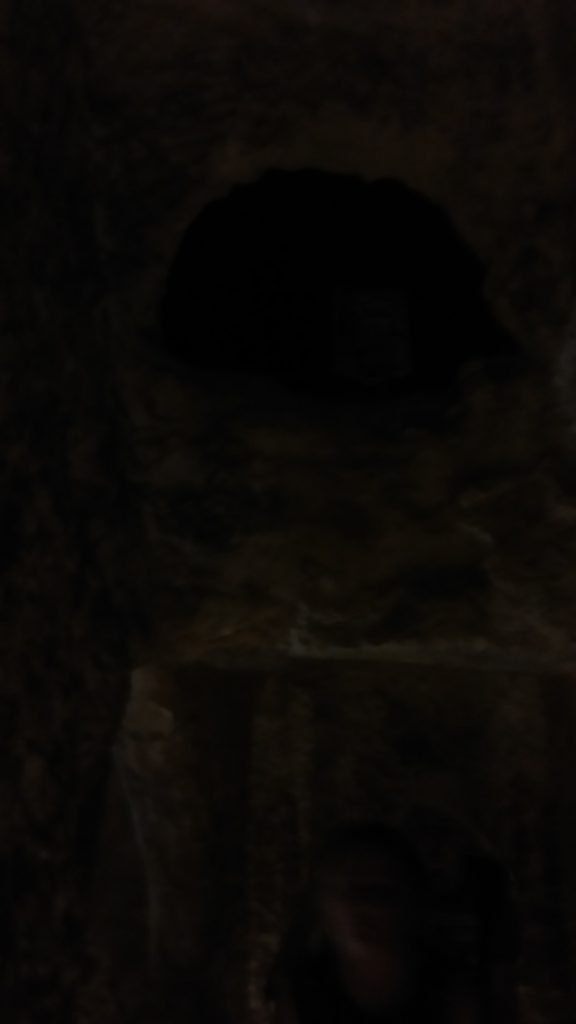 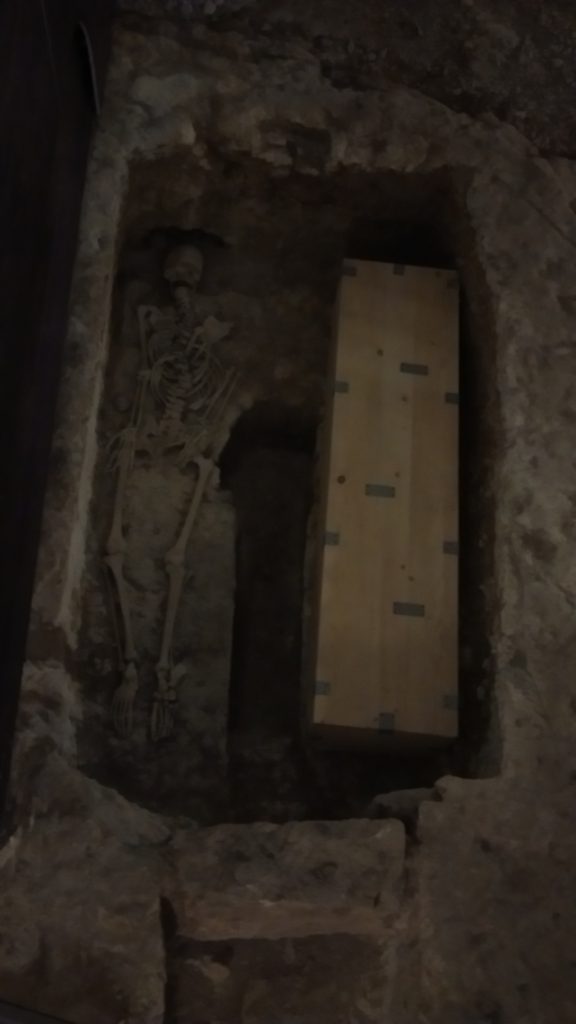 Skeleton from the Catacombs in Rabat. 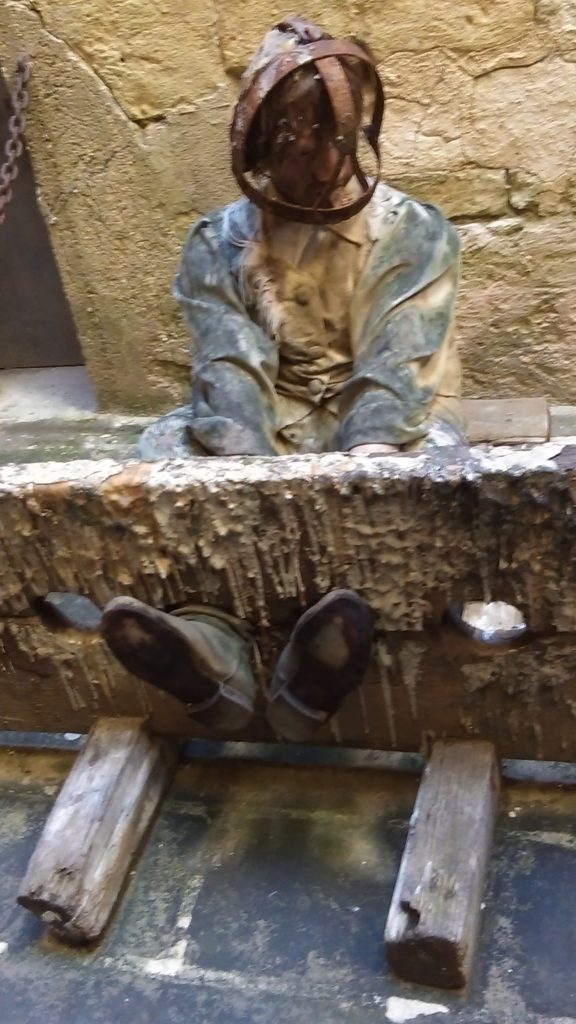 Torture at the Mdina dungeon. 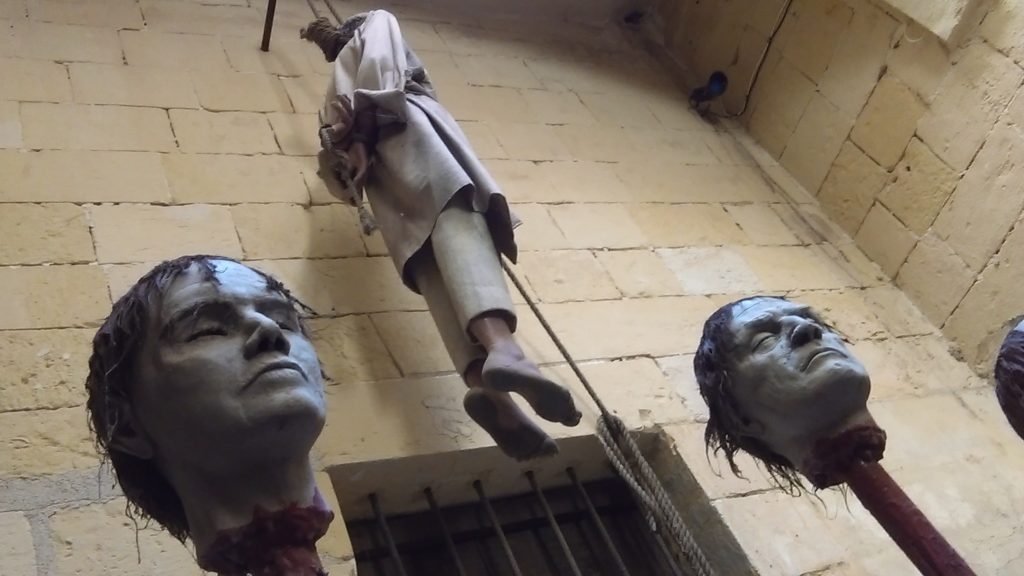 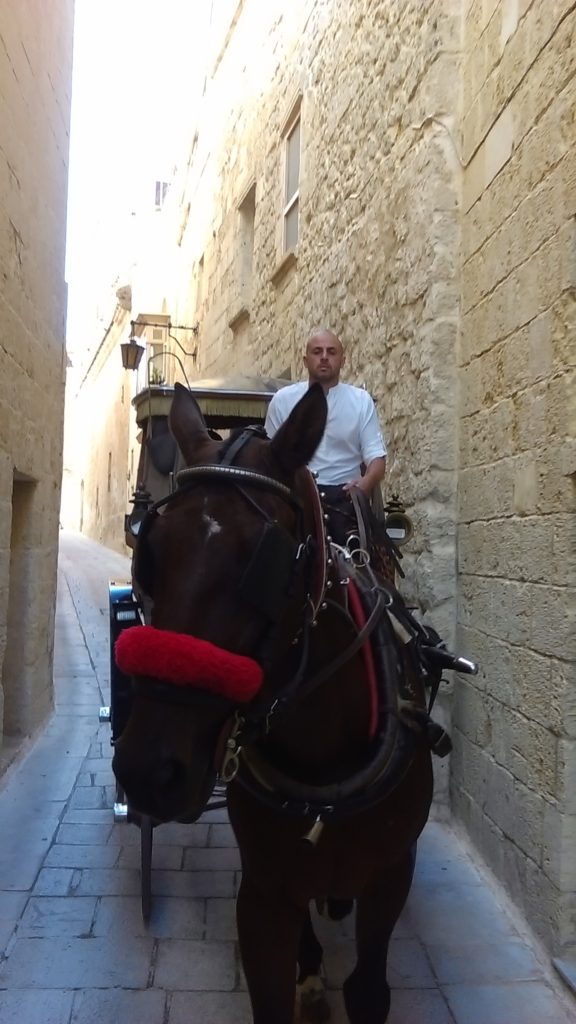 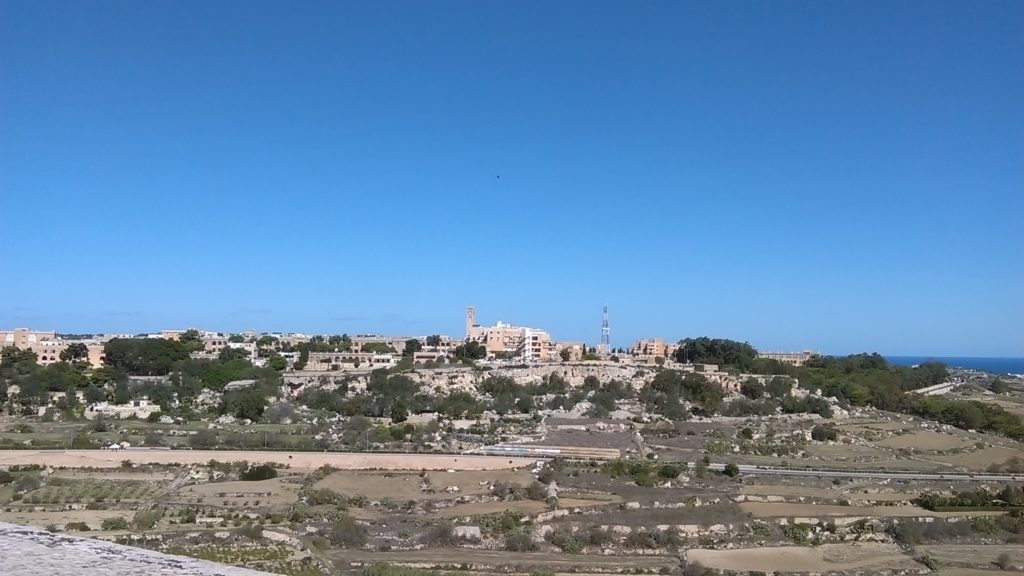 View from the Mdina city walls 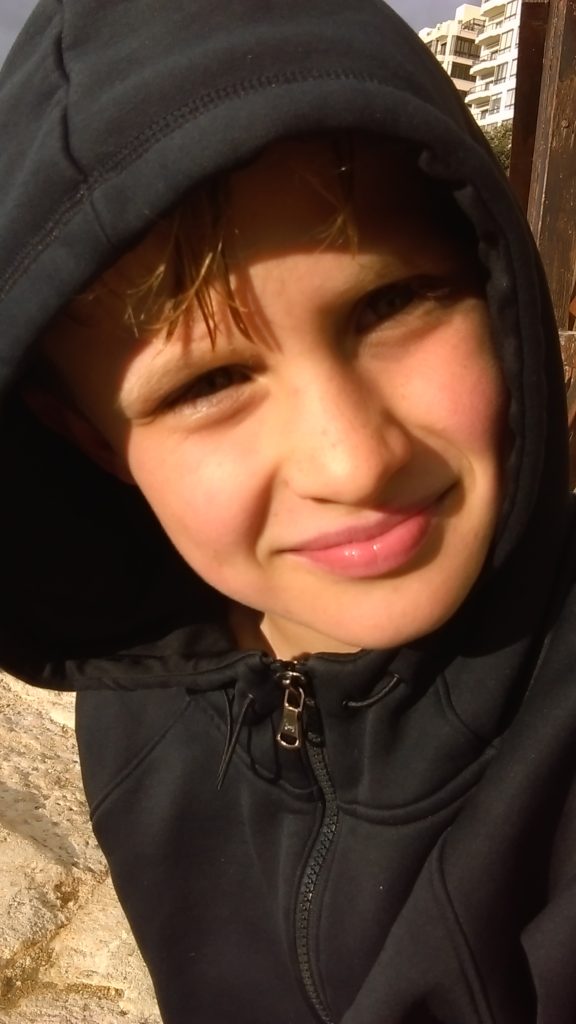 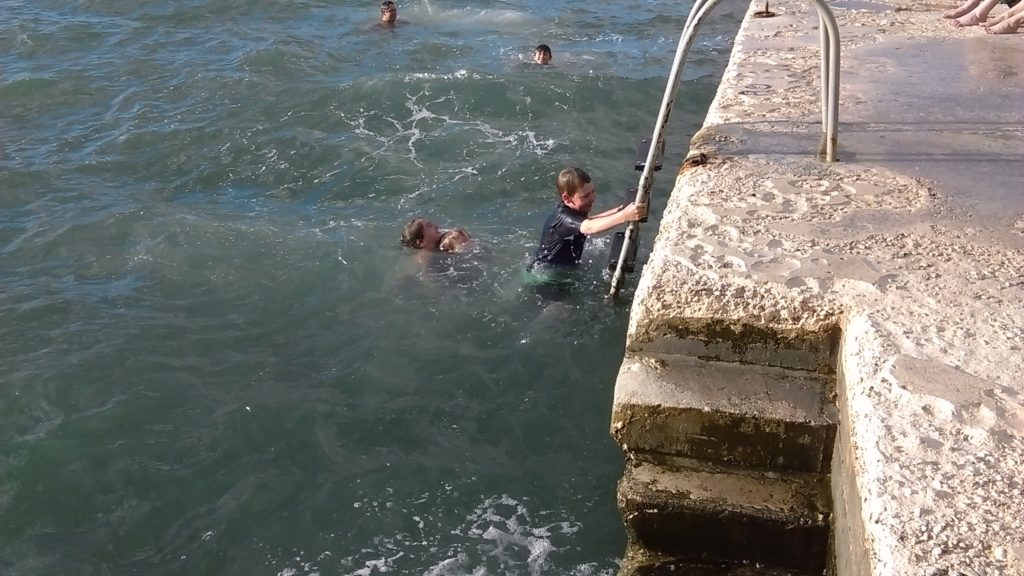 Chloe is drowning me at Sliema. 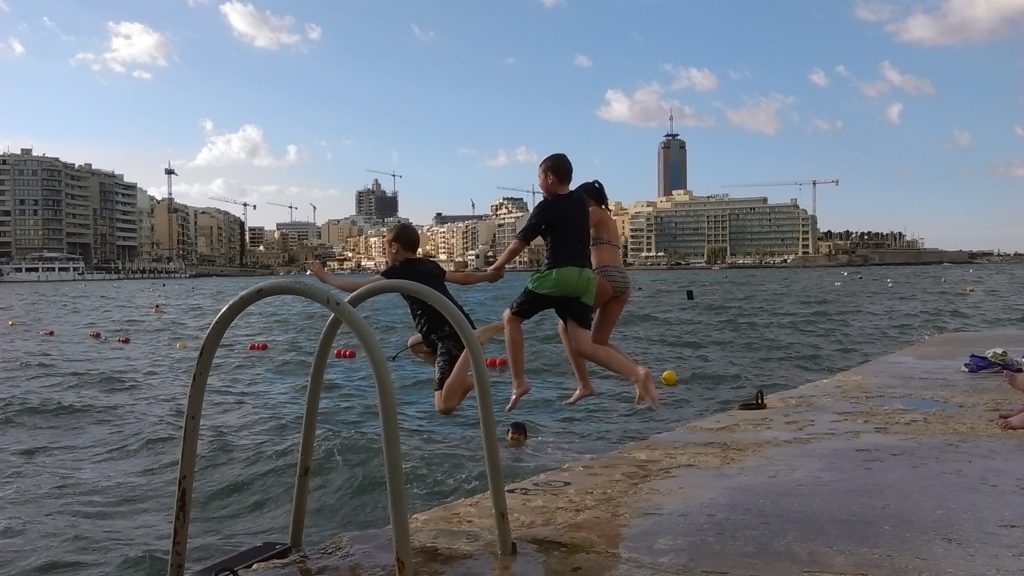 All three of us jumping, I am jumping the furthest. 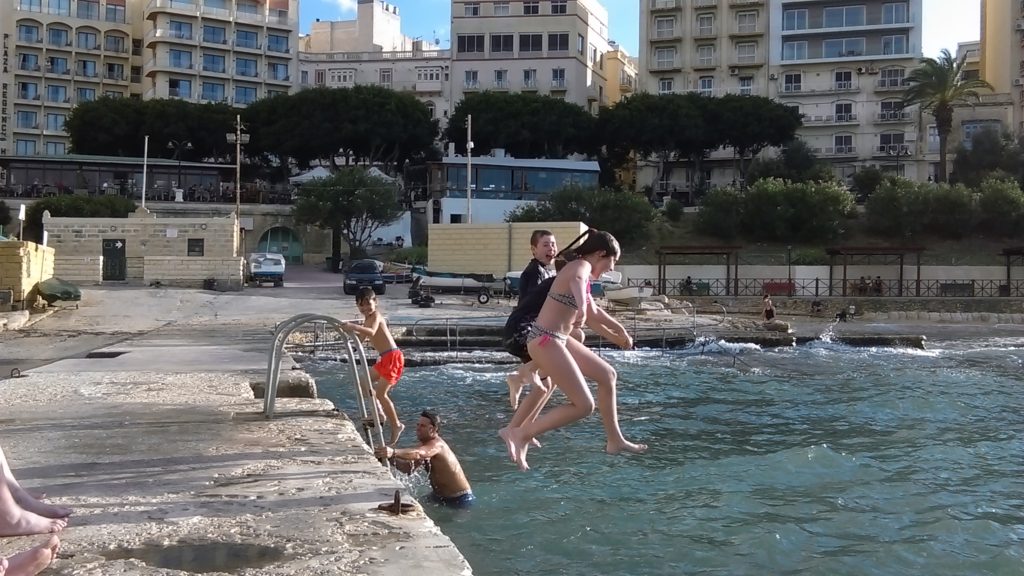 Zeki and Chloe both photo blocked me as we jumped into the water at Sliema. The view from Valletta 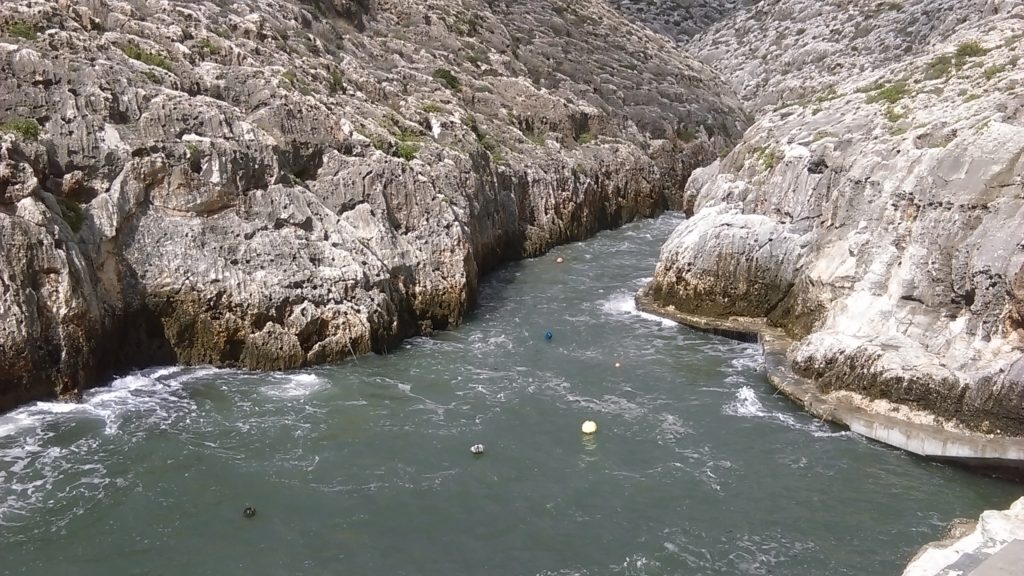 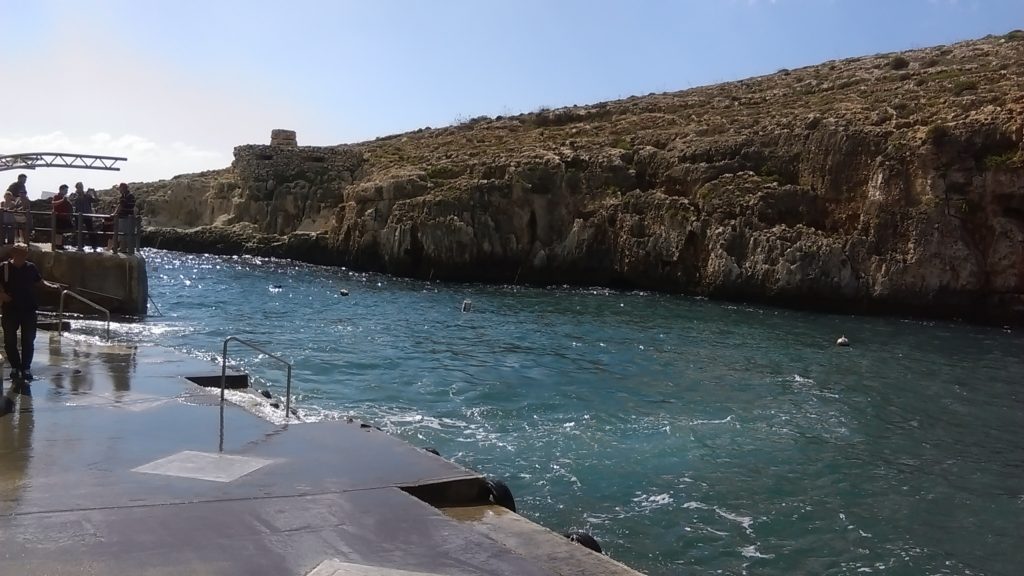 A swimming area near the Blue Grotto. The swell was rough to swim and boats weren’t running to the grotto for the same reason. 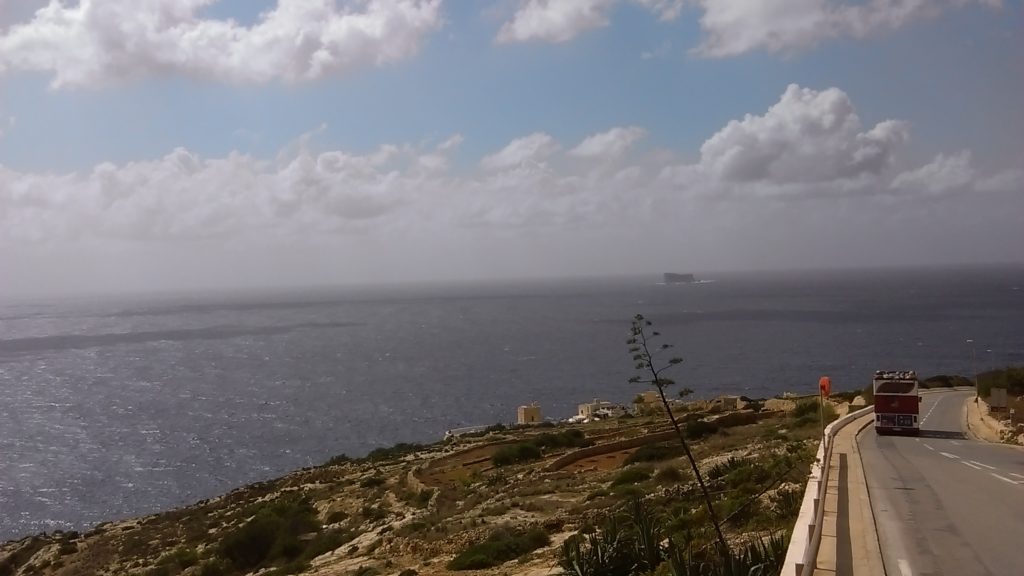 The view on the way to the blue grotto. The Mediterranean, close to the Blue Grotto. Zeki, Chloe and I going into the cave at Dhar Galam. The walls of Valletta 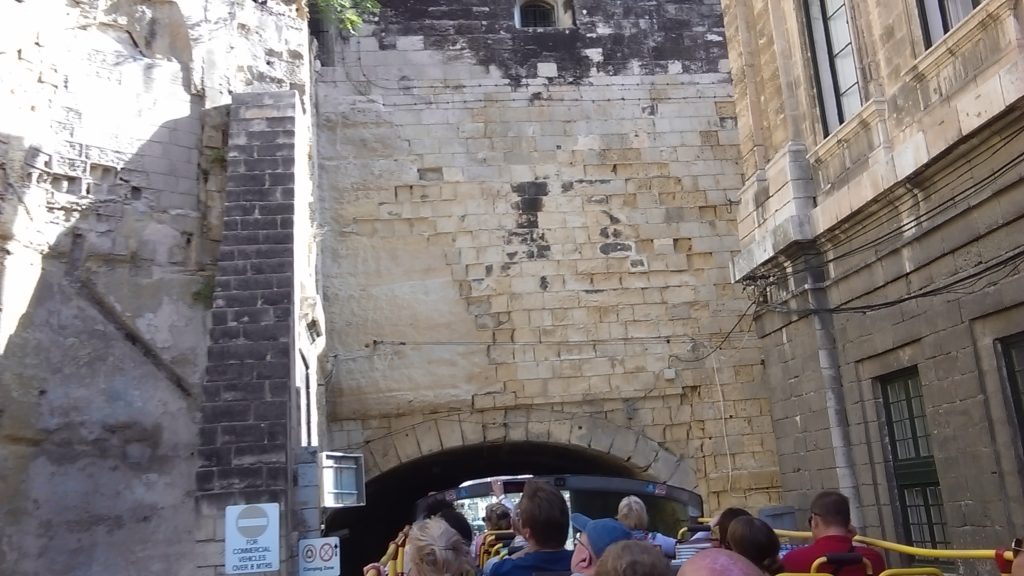