The day after we arrived in Cyprus we went to a castle (Sanit Hilarion), the castle was half destroyed and was on a really big mountain. I made it to the top Poppy was to scared to continue so my mum have to take him and Chloe down, so it was just Zeki, Jem, Jon and I. when we got to the peak (the top of the mountain) we took some photos and started to come down.

When we got down we had a ice-cream Zeki and I got an oreo cornetto and Chloe got a tripple chocolate magnum.

On Thursday we went to water world, it’s the biggest water park in Cyprus. It has 18 slides and a wave pool and a little kids play area. I went on all of the slides except for 1, the half pipe, because it had a huge line. The parents let us go where ever we wanted to (as long as we stayed together), first we went on the drop to Atlantis, then i lost count.

The last few slides we went on were the speed slides, where any girl wearing a bikini that went on it got a wedgie. When Jem went down both of the slides he got air and when he got to the bottom he made the biggest splash, he almost fell out of the slide.

After that we all got a fish pedicure for 5 minutes. Well, my mum did it for about two seconds. The lady let us do it for about 8 minutes, we running late – left Water World at 3:45 and we had to cross the border at 5.00 pm. We ended up leaving the border with 1 minute to spare, what were we worried about?

In the morning we got ready to go to a beach, the weird thing about Cyprus is that lots of beaches are owned by restaurants. Zeki, Chloe and I were waiting for Zeki’s Grandparents to pick us up but they were taking to long so we decided to meet them there. When we got there I went straight into the water. The water was actually pretty warm.

After some swimming we had some LUNCH, i got chips and i forgot what everyone else had. Half way through lunch Chloe, Zeki and i all went for another swim i think we’re starting to get addicted to swimming, when we were finished we went back up to eat some more and my food wasn’t there. 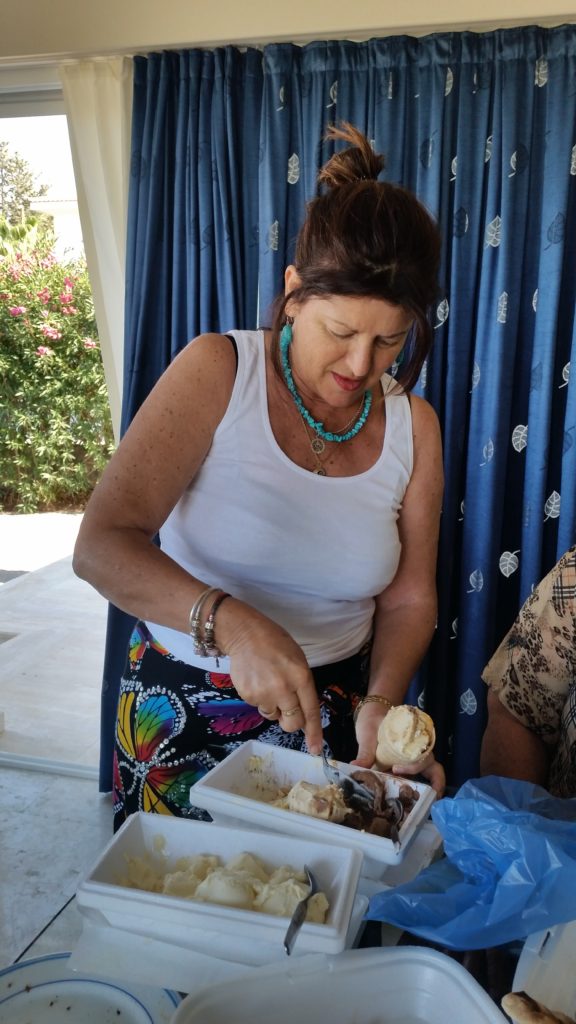 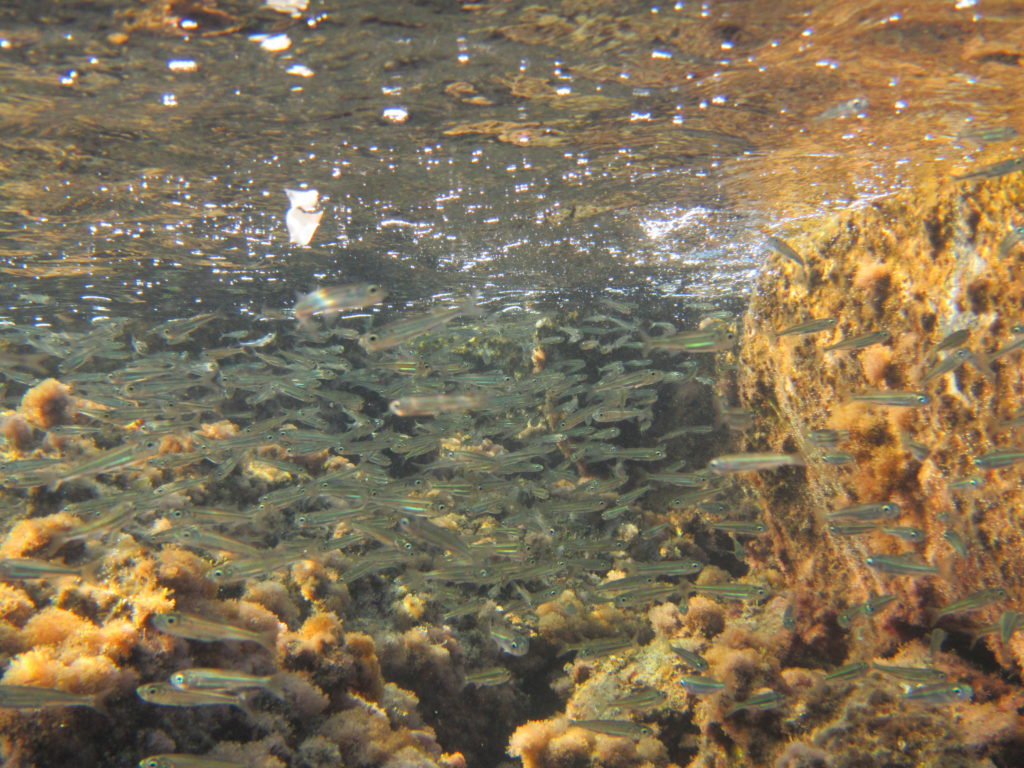 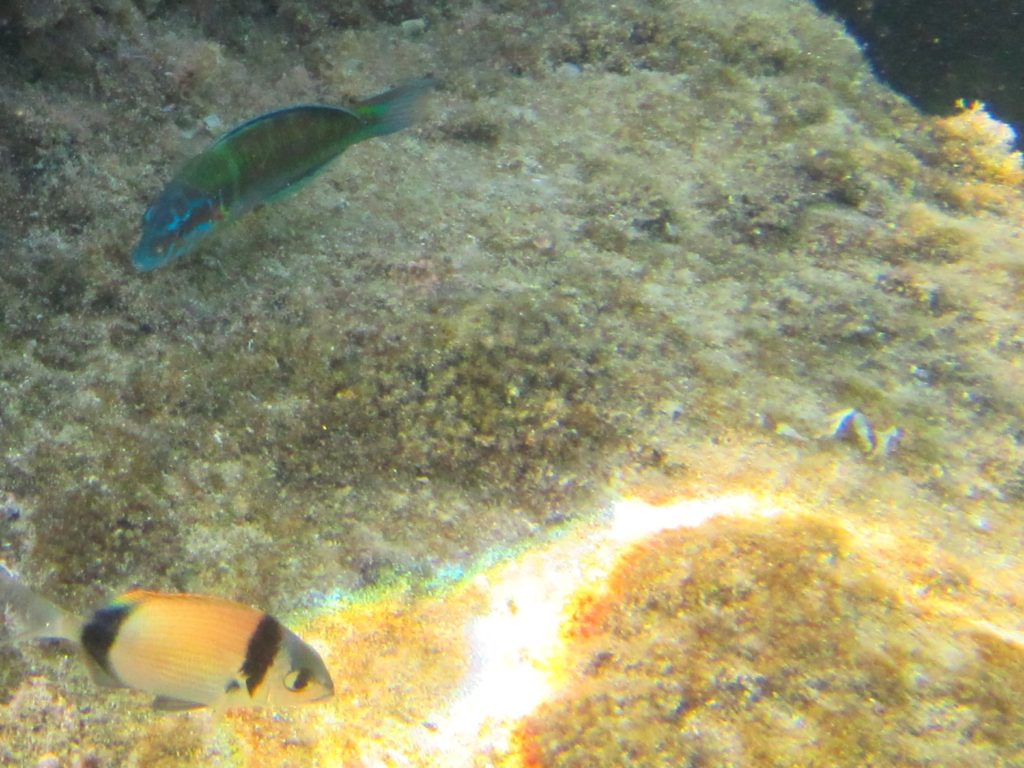 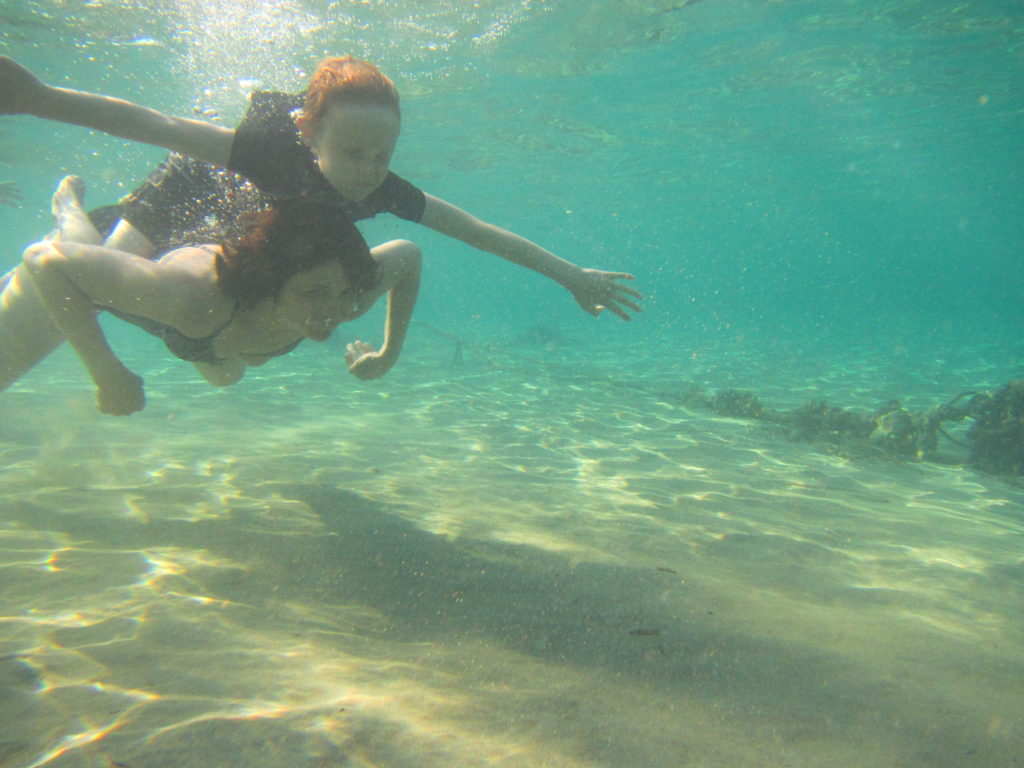 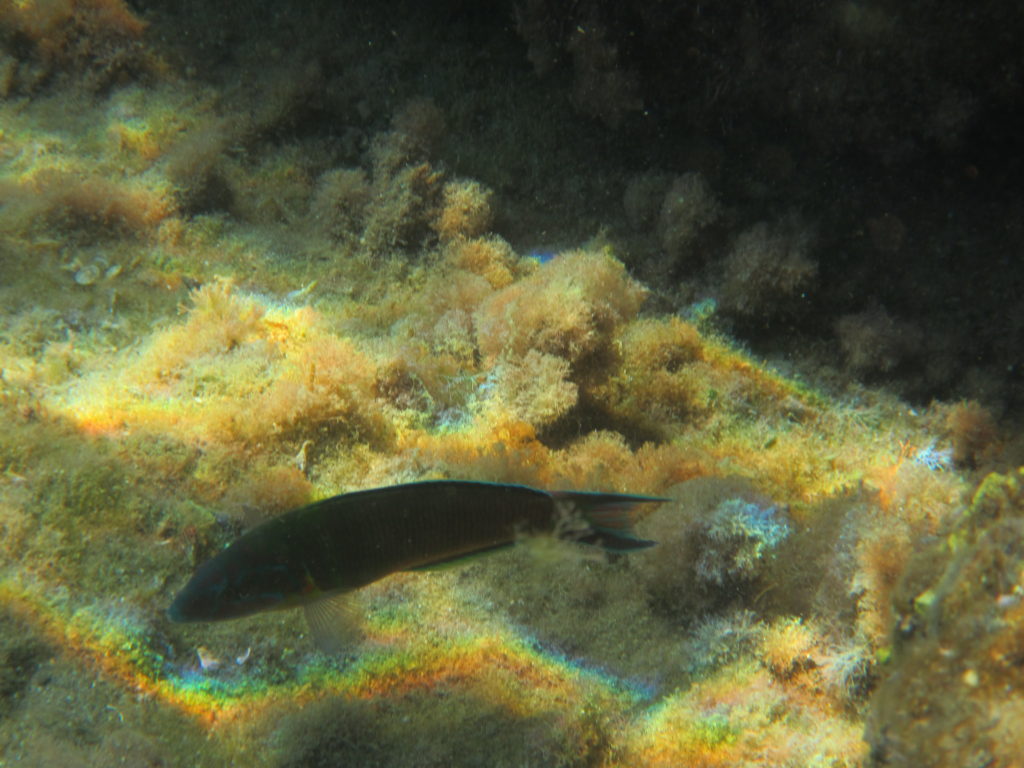 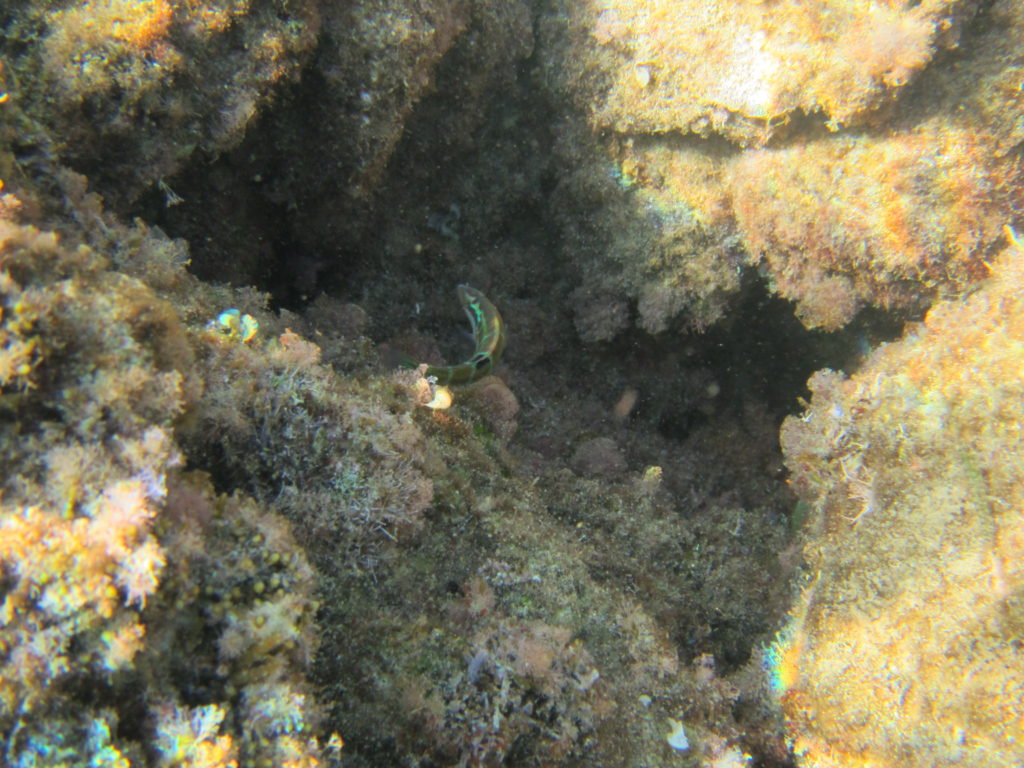 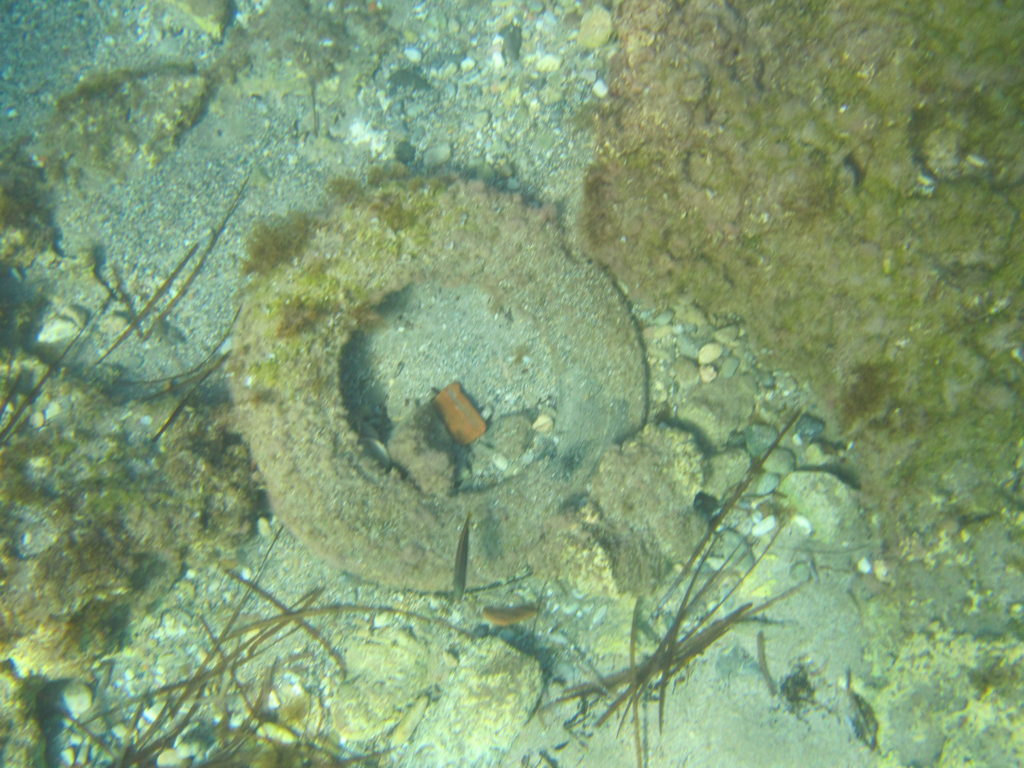 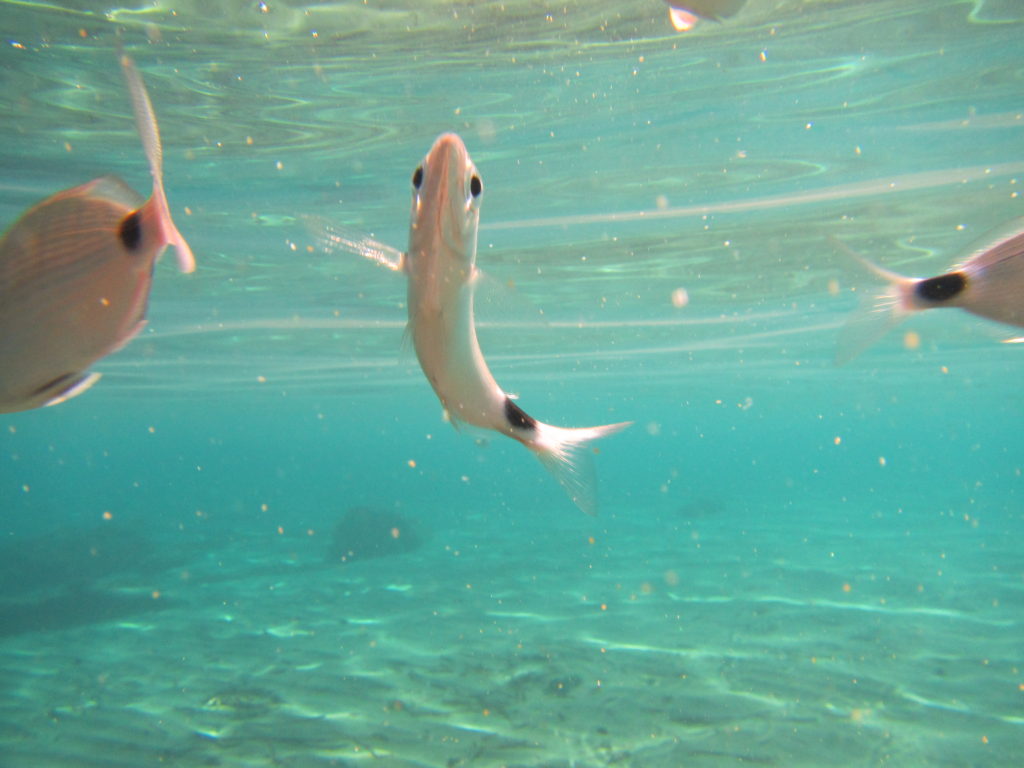 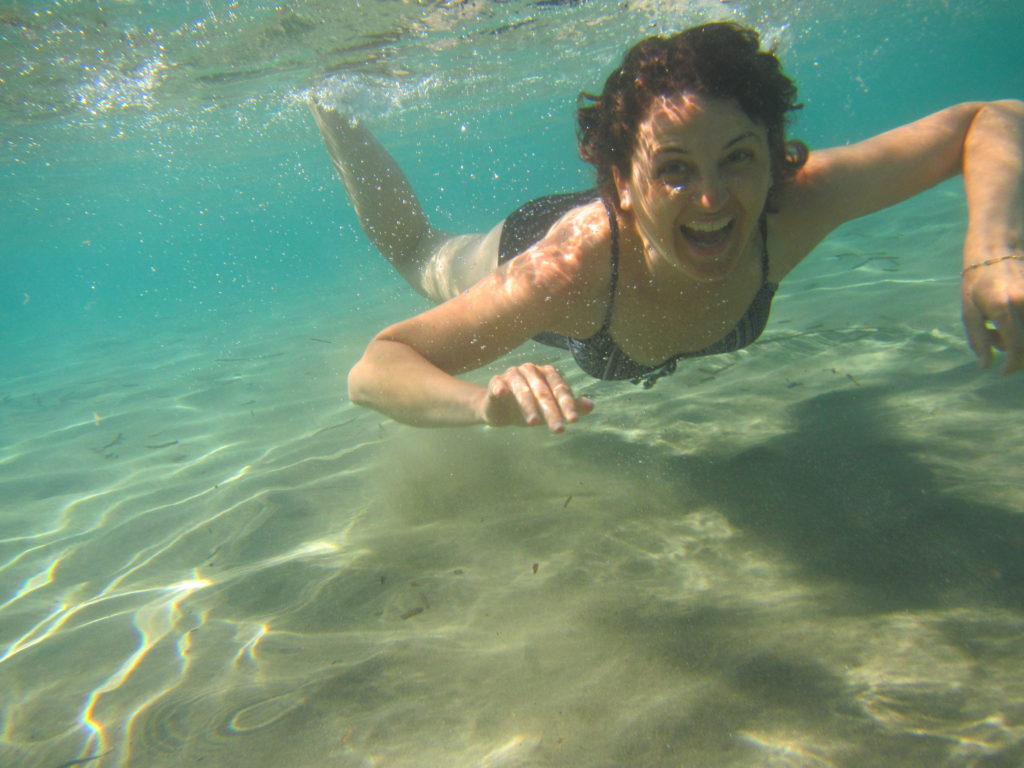 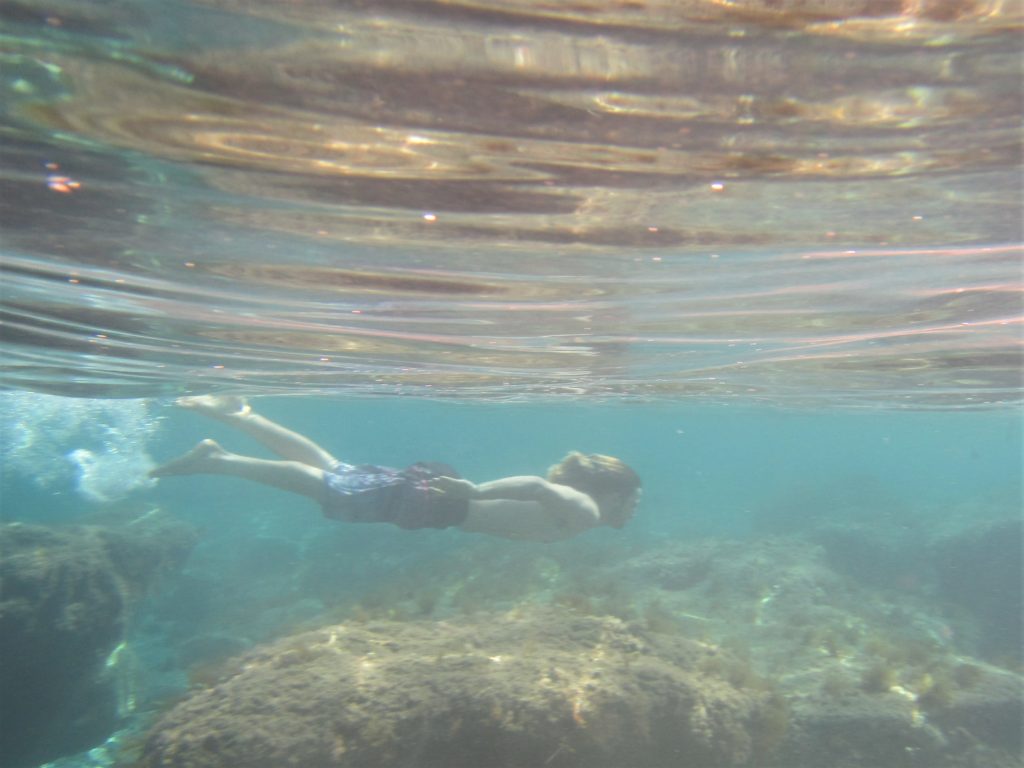 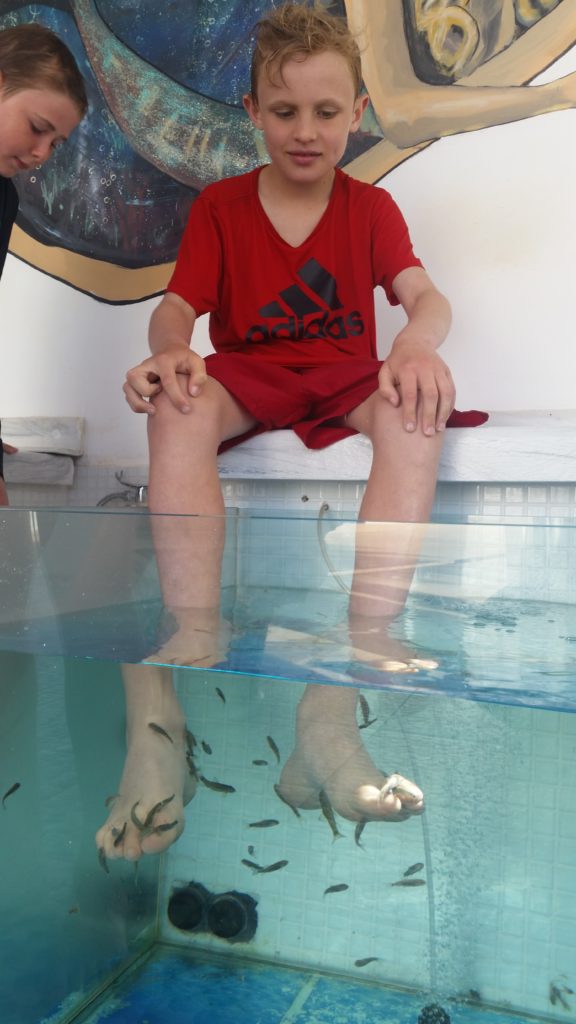 me getting a pedicure 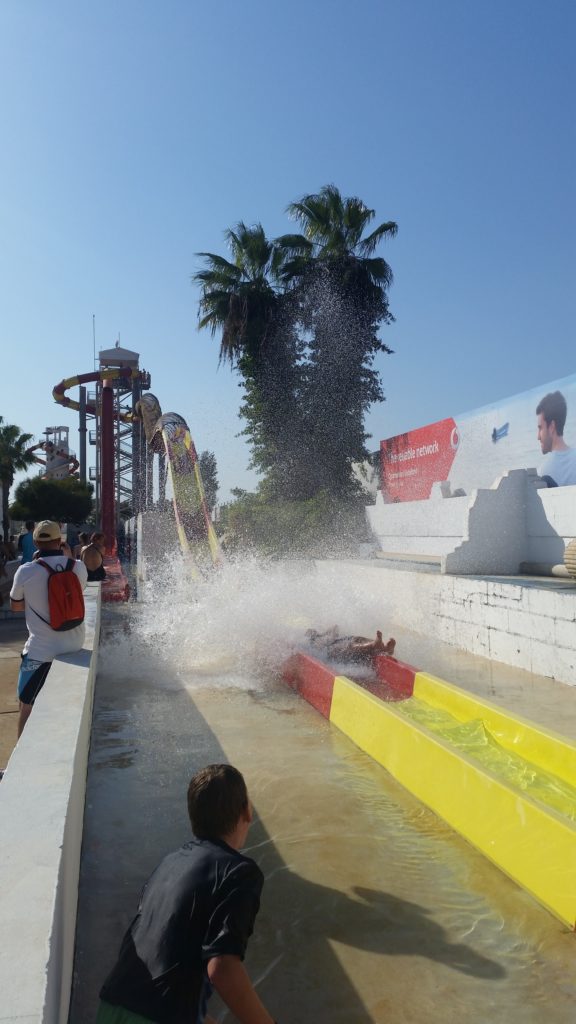 Jem almost falling out of the slide 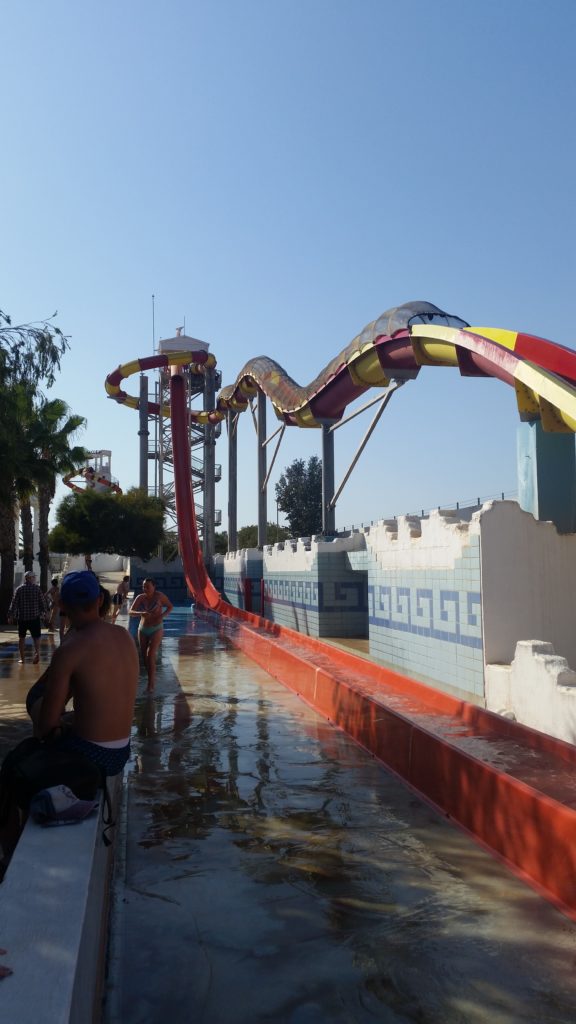 the speed slides (the wedgie slide ) 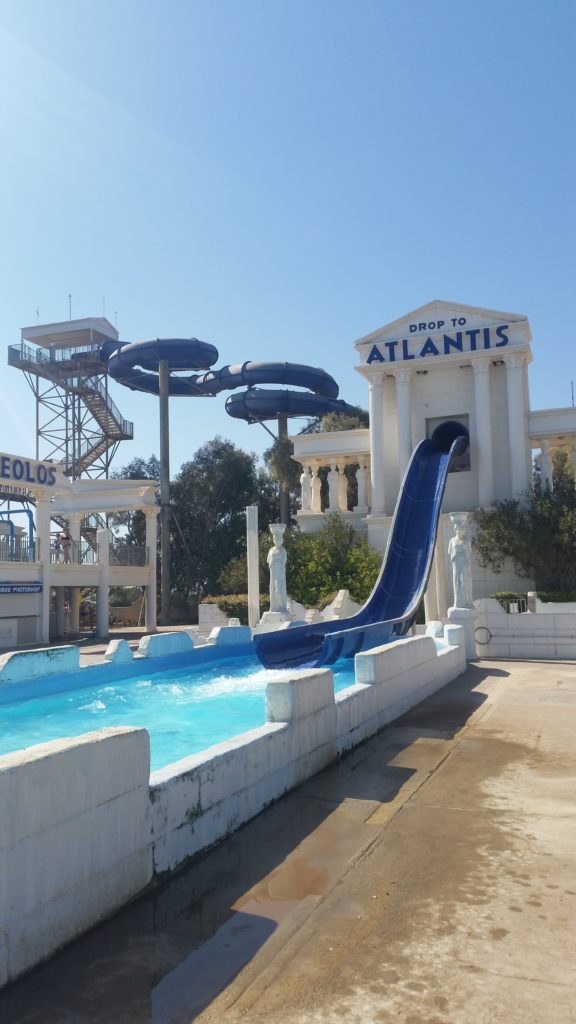 the drop to Atlantis 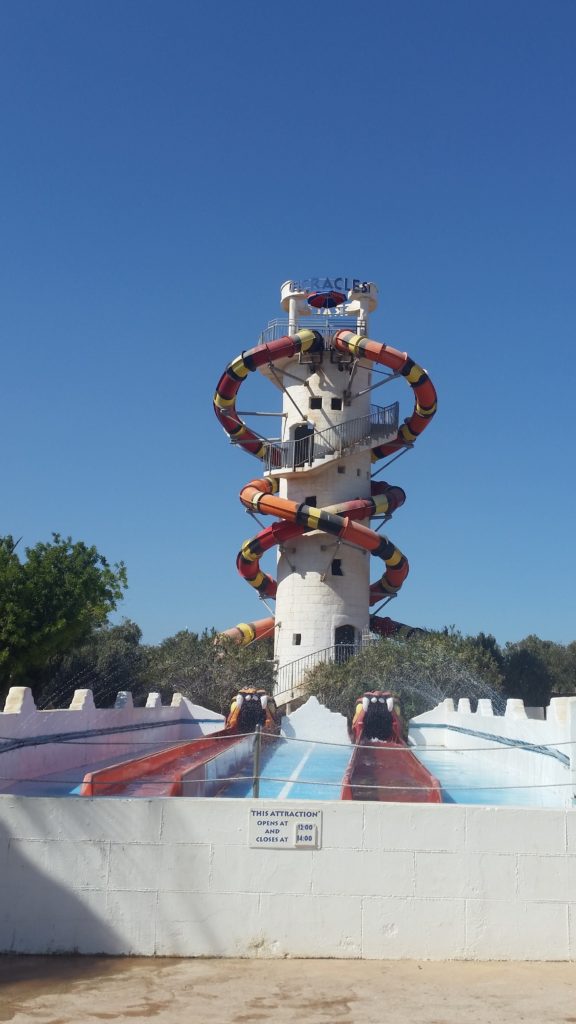 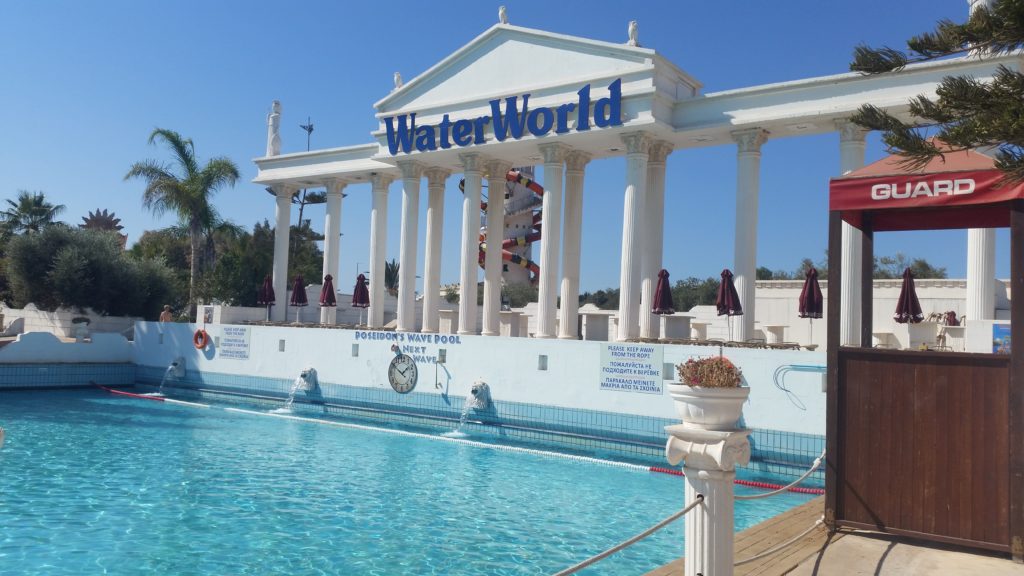 WAVE POOL the waves aren’t on yet 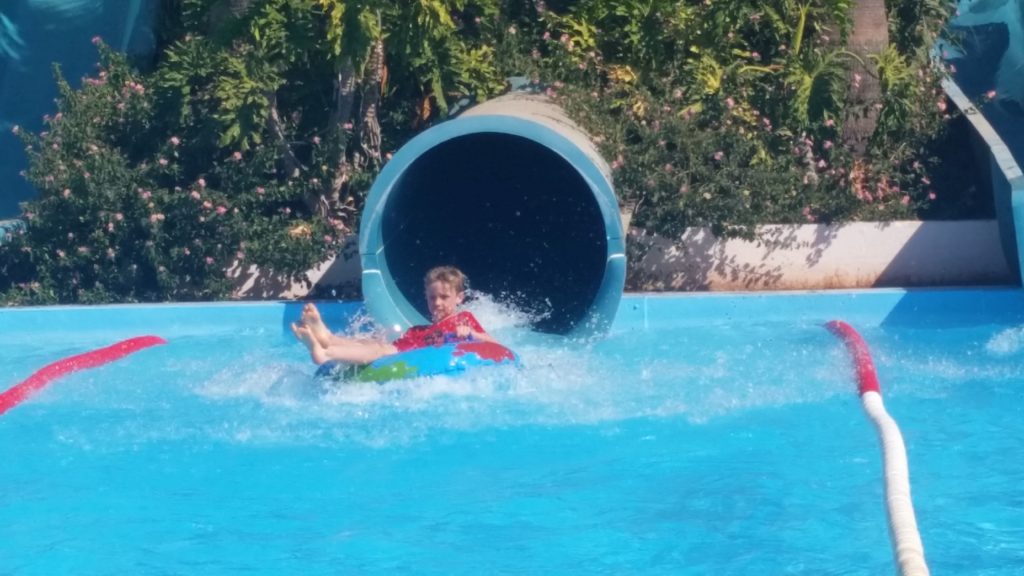 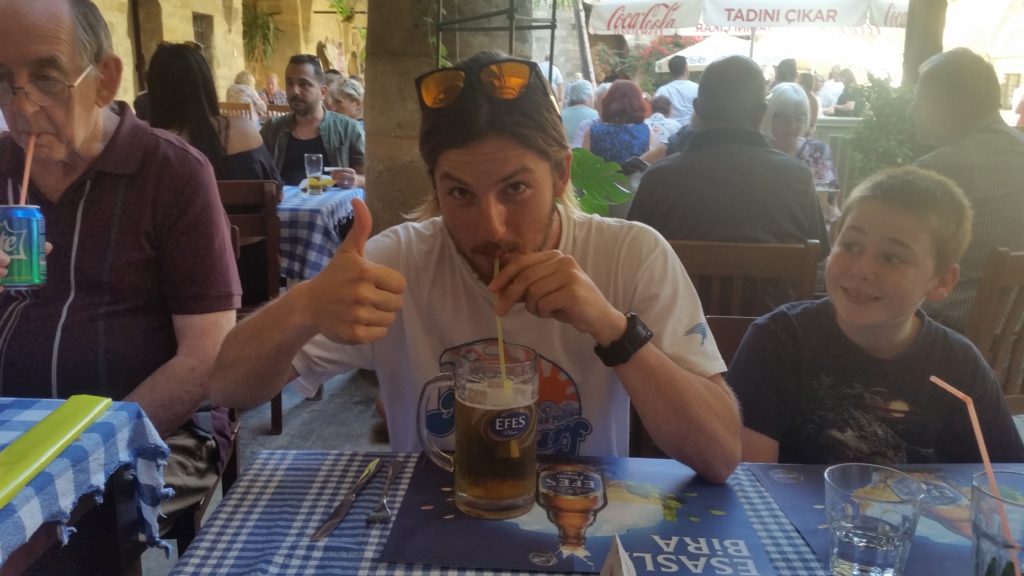 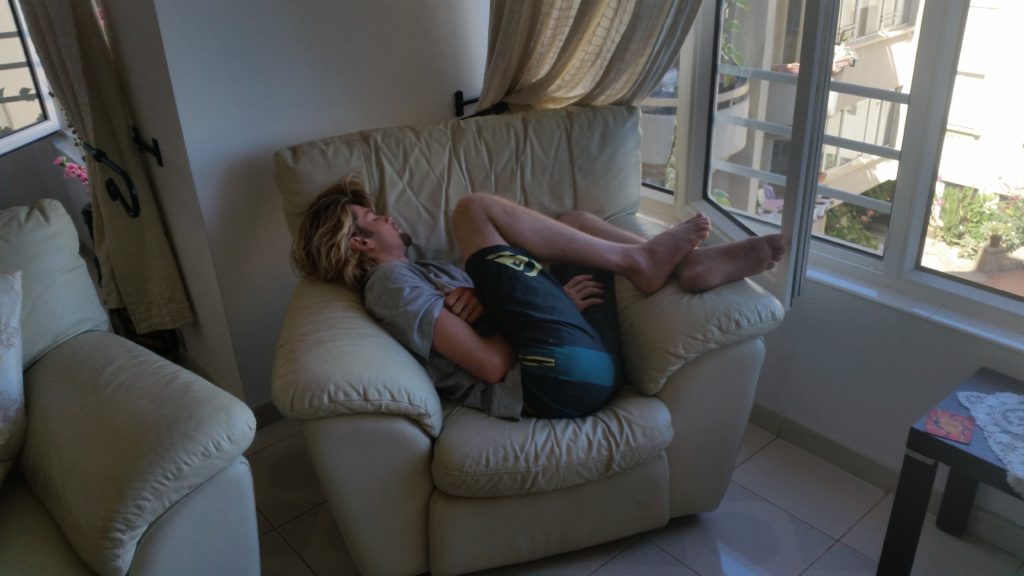 Ryan hungover, Ryan this is for pushing me into the pool. 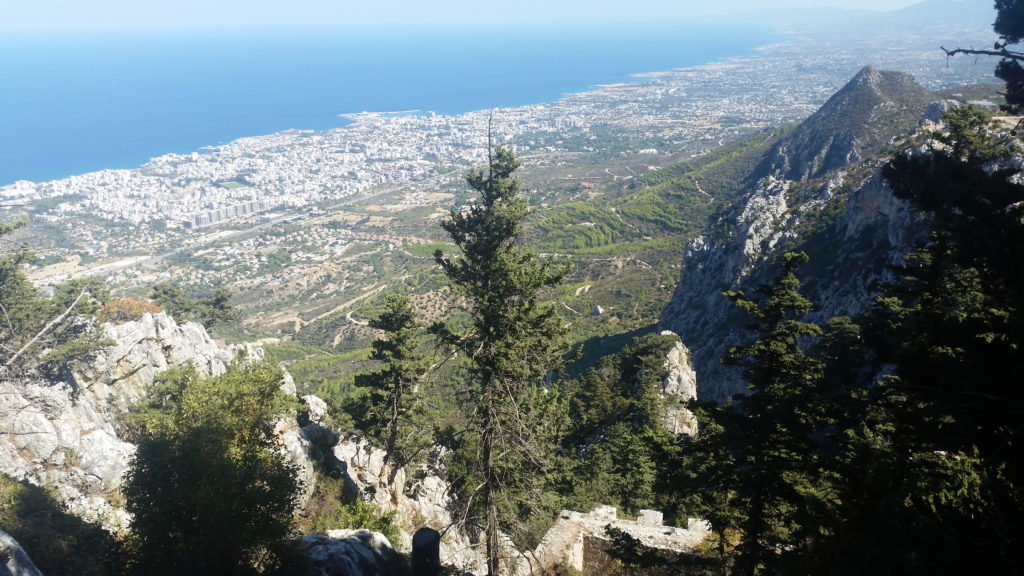 view from the castle